The LAC process means a simplification vis-à-vis the classic process route and leads to savings in investment and operating costs, as well as simplified plant start-up and operation.
Additional savings in investment costs can also be brought about when the nitrogen is supplied by over-the-fence delivery. The specific operating costs can be further lowered by selling valuable by-products. Hydrogen and nitrogen are immediately available, e.g. as intermediate products of an LAC plant. Other by-products such as oxygen, argon and carbon dioxide can be produced if the plant is properly aligned.

Thus far, four plants based on the relatively new Linde Ammonia Concept have been constructed with capacities of between 230 to 1,350 mtd of NH3. The applied process steps have already frequently proven their reliability in large-scale operation and can also be partially installed in modularized form for cost savings. Linde has, for instance, built more than 2,700 air separators, 50 hydrogen plants and 300 PSA plants, while Ammonia Casale has more than 100 references for ammonia synthesis.

The first LAC plant was built for GSFC in Baroda, Gujarat, India and went into operation in 1998 with a capacity of 1,350 mtd. Urea is an final product of this plant. Further LAC plants have been constructed in Australia and China, and ammonium phosphate, ammonium nitrate and methylamine are among the final products produced in subsequent plants. 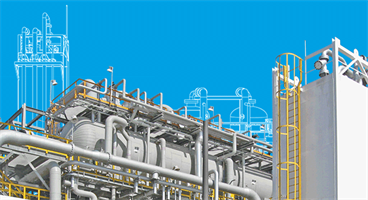 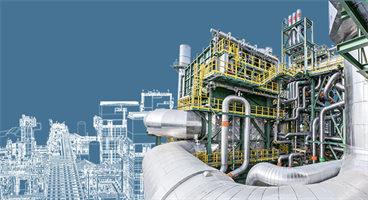 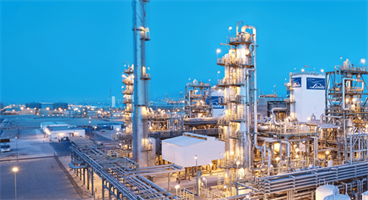 Gas supply for Sadara complex
Any questions?
Downloads
Hydrogen(PDF 3.0 MB)
To enhance your user experience and to deliver our online services, this website uses cookies for reasons of functionality, comfort and statistics. By continuing to browse the site, you are agreeing to our use of cookies.
You can find out more on our data protection information.